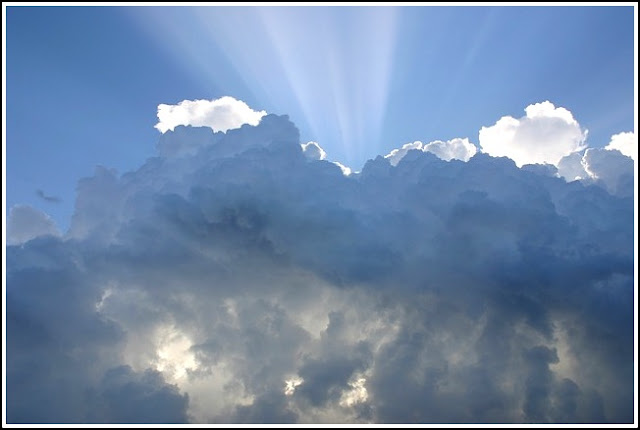 "Why do you stand here looking into the sky?
This same Jesus, who has been taken from you into heaven,
will come back in the same way you have seen him go into heaven."
—Acts 1:11, NIV
Several years ago, my husband and I moved our adult daughter with Down syndrome into a lovely new group home, twenty minutes from our door. Although it was hard to let her go, we knew she needed to adapt to the world without us, and we wanted to be around to help her with the transition.


Our daughter has adjusted well to her new home. She now has five new “sisters” to interact with, has gained a sense of independence, and is given numerous opportunities to participate in community activities, all while maintaining her long-time position in a sheltered work environment.


Jesus’s disciples walked with him for three-and-a-half years. They had dreams of serving alongside him in an earthly kingdom. Although Jesus tried to prepare them for his departure, they couldn’t imagine life on this earth without him. Then, in a moment, everything changed. He ascended into the heavens and was hidden from their sight. The disciples were left in a stupor, and their despondency would have spiraled into despair except for the words of two men dressed in white: “He will come back in the same way you have seen him go.”


Because of Jesus’s great love for his disciples, he laid the groundwork for his departure. Not only were they assured that they would see their Friend, Teacher, and Savior again, Jesus gave them specific instructions as to what they were to do in the meantime. They were to be his witnesses through the power of his Holy Spirit.


Our daughter is a young woman of few words—not because she can’t speak, but because she chooses not to. Conversing with her is difficult, especially over the telephone. When I tell her good-bye at the end of our very one-sided conversations, she’s silent. After I prod her several times to tell me “good-bye,” she finally voices a soft-spoken “see you later.”


The New Year may be uncertain, but the return of Christ is not. God was not silent about our future. He promises in his Word that Jesus will return. We don’t know the day or the hour or even the year, but we are not to idly sit by until he comes. In the interim, he continues to empower believers to share the message of salvation through Jesus Christ.


Christ’s final words to us were not “good-bye” but “see you later.” So, don’t just stand there—do something.