“A ship in the harbor is safe, but that's not what ships are built for.”   ~William Shedd~ 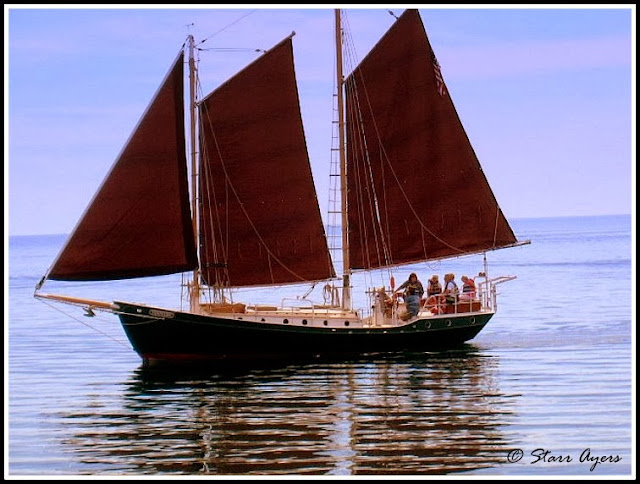 "Some went out on the sea in ships; they were merchants on the mighty waters.
They saw the works of the Lord, his wonderful deeds in the deep."
―Psalm 107:23-24, NIV

In keeping with this week’s serendipitous theme of the sea and sailing ships, it seems only appropriate for Simply Saturday Trivia to maintain the flow and offer up some seasonal Mayflower facts.

On this day in history, November 9, 1620, after two grueling months at sea, the nation’s first settlers spotted land. They dropped anchor two days later on the shores of Cape Cod in a merchant ship called the Mayflower. The ship, captained by Christopher Jones, had departed Plymouth, England on September 6th with 102 passengers and 26 crew members onboard. Nearly 40 of these passengers were Protestant Separatists who hoped to obtain religious freedom in the new World. After arriving in Cape Cod, a scouting party was sent out, and in late December the group landed at Plymouth Harbor where they formed the first permanent settlement.
What finally became of the Mayflower is an unsettled issue. After the Mayflower's return to England in May of 1621, she was again involved in trade between London and France. Her captain, Christopher Jones, died in early 1622. Historians claim, in 1624, the ship was finally broken up and that her timbers were used in the construction of a barn at Jordans Village in Buckinghamshire. The well-preserved structure is a present-day tourist attraction.

Please visit my devotional blog at the following link
http://365degreelens.blogspot.com/
Photo was taken off the Minnesota coast on Lake Superior 2010
Posted by Starr Ayers at 12:04 AM